Leadership, time management, and problem solving are skills that military veterans and entrepreneurs share. They are also traits that the four finalists selected for the 2018 Transition Trucking: Driving for Excellence award finalists display in spades.

The Transition Trucking: Driving Excellence Award campaign — presented annually by Hiring Our Heroes, Kenworth Trucking, and FASTPORT — began in 2016 to highlight career opportunities in the trucking industry among veterans, reservists, and National Guard. The campaign culminates with the presentation of the award to a military veteran rookie driver; along with national recognition, a truck is awarded to the deserving veteran who successfully transitioned from the military into the trucking industry.

The recipient of this year’s award will be announced at the U.S. Chamber of Commerce Hall of Flags on December 14, 2018; this year’s recipient will drive away in a new Kenworth T68o truck to start their own entrepreneurial journey as an owner-operator.

“Each of the four finalists embodies the skills honed in the military, and each has utilized their military experience to be successful in a new sector: the trucking industry,” said Eric Eversole, a vice president at the U.S. Chamber of Commerce and president of Hiring Our Heroes.

The finalists represent four branches of service and a variety of military occupational specialties, but share a single career ambition — to be an owner-operator.

Platt Brabner began his military career when he enlisted in Marine Corps. After achieving a commission to the U.S. Navy flight program, his aviation career included combat operations over Southeast Asia with over 650 carrier landings.

When he transitioned out of the military, he sought to continue into a hands-on career where he can manage his own business. He is now a TMC flatbed transporter and uses his leadership and time management skills to successfully be his own operator.

“I’m very passionate about my military service and I honor it through my trucking job by doing the best I can, being a people person, leading by example, and by helping other people around me.”

Chris Young served in the Army for more than 15 years through four combat deployments and three overseas tours.

When he began his transition out of the military, he attended a hiring fair and learned about the careers in trucking from a Stevens Transport informational booth. He continues his service as an Army reservist and takes pride in being able to serve as a mentor and share his experiences.

Summar Hanks recalls traveling from base to base as an Air Force Information Management Specialist and wanting to be one of the truck drivers she saw at truck stops because she envied their ability to travel and be on the road.

She transitioned to the Louisiana Air National Guard after proudly serving for eight years to begin her trucking journey.

“The military has prepared me for the trucking world by using a lot of the same day-to-day traits, as far as situational awareness, service before self, and duty and honor.”

Quinton Ward was born into a military family and proudly served in the Army where he worked as a mechanic, instructor, and career counselor. After being medically retired in 2010 and undergoing six years of medical treatment, he utilized the VA Vocational Rehabilitation Program to achieve his CDL-A.

He now serves as an ambassador on the Operation Freedom Fleet and helps other veterans transition into the trucking industry.

Each finalist has taken a different journey into the trucking industry, but each hopes to someday become an owner-operator. For one veteran, their goal will be achieved in December as they drive into 2019 with their own Kenworth T680 truck. 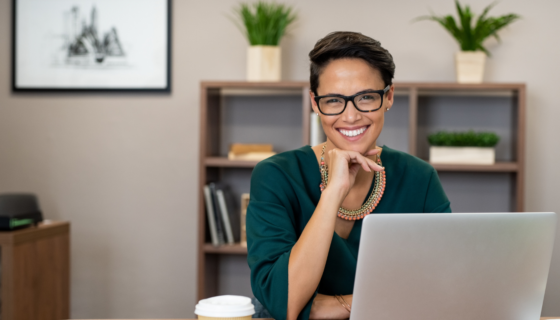 April 14, 2021
Salesforce Fellowships Offer a Tech Career Path for Active Duty, Regardless of Rank or MOS August 16, 2017
Hiring Our Heroes Military Spouse Program Receives Opportunity for All Grant from the Starbucks Foundation