My ears perked up when I heard him utter these six words – “Let me give you some advice.”

I was working at a coffee shop and as much as I tried to ignore the conversation between two veterans nearby, I couldn’t. One sailor was preparing for his military retirement ceremony and from my eavesdropping, I surmised that he was seeking guidance from this recently separated service member.

“Take six months off and do nothing. Sleep in. Relax. Travel. Then go find a job.”

His advice was the exact opposition of everything Hiring Our Heroes tells service members at our Career Summits.

But, unfortunately, his advice is the exact type of advice that is often given to our transitioning service members by their peers, family members, spouses, and friends.

Hiring Our Heroes recently asked veterans to share the worst career advice they’ve received and we were swamped with responses.

Below, we examine some of the worst career advice veterans reported receiving in the past, explain why you should ignore this well-intentioned (but not data driven) “advice” when you transition from the military, and suggest what you can do instead to be successful in your transition to your post-military career.

“You will regret getting out of the military.”

Veterans often say that their military transition was one of the most stressful periods in their lives. Some have compared this moment to “jumping off a cliff” or being released from prison.

Regardless of how you feel about transition, every service member will – at some point – transition out of the military. Transition is inevitable.

“I know what they’re going through. I’ve been in their shoes and had all those same thoughts of ‘I don’t want to talk about transition. Now I’m transitioning and I’m scared about what’s going to happen.’ And then being mad when I had my first interview and got relentlessly shot down,” he said.

You gained valuable skills and training as a service member. You don’t need to have any regrets about your military service. And once you’ve made your decision to separate or retire from the military, make a commitment to planning your transition.

“I’ve seen the good, the bad, and the ugly in terms of what transition looks like,” Hodges said. “And I try to guide these service members in a time of fear to make sure that they’re making the right decisions and setting themselves up for success.”

“Take the job that pays the most money.”

This advice often comes to transitioning service members courtesy of their not-yet-transitioned brothers and sisters in arms.

“But is the money enough? You might think that it is, because you think you didn’t get paid a lot while you were in the military,” Ryan Pitts, Medal of Honor recipient and Hiring Our Heroes and Toyota Personal Branding Ambassador, told us during episode 127 of the HOH Sitrep podcast.

Besides considering a job’s compensation, Pitts recommends that transitioning service member examine their professional goals. Ask yourself, “What am I passionate about? Do I prefer to work with a team or alone? How important is a sense of purpose in my job to me?”

The answers to those questions are the starting point for your job search.

“I encourage (transitioning service members) not to take the first job that they are offered, (but) to really put some thought into what it is that they are passionate about,” Pitts said. “I think that sets them up for success more than anything else.”

“Everyone will want to hire you. You’ll have no problem getting hired.”

Your military experience, while valued in the job market, doesn’t guarantee a job.

“It’s not an automatic. You don’t step out of a uniform and into a job, just because you say, ‘I’m no longer a Marine, or a sailor, airman, soldier or Coast Guardsman.’ It’s a job finding a job,” said Bonnie Amos, a military spouse of 42 years and a Hiring Our Heroes and Toyota Personal Branding Ambassador, on episode 125 of the Sitrep podcast.

In talking about their transition experience, veterans often describe their struggles to find employment, the difficulties they experienced translating their military experience to hiring managers, and the expectation that they were going to get hired quickly because they are veterans.

Even with low unemployment rates and military hiring initiatives at national corporations, veterans may struggle to find a job.

Instead of assuming that you’ll be hired because you served in the military, focus your efforts on building your network. You are more likely to get hired because of who you know than what your rank was in the Army.

“At least 70%, if not 80%, of jobs are not published, yet most people are spending 70% or 80% of their time surfing the net versus getting out there, talking to employers,” Matt Youngquist, president of Career Horizons told the Veteran Business Network of Southern California.

So, let your friends, family members, and other veterans know that you are leaving the military soon and actively seeking employment.

Danny Chung, Chief of Staff for Microsoft Military Affairs and a retired Marine, started planning for his transition 18 months prior to his separation date from the Marine Corps.

Kevin Burke, Principal at Booz Allen Hamilton and a Navy veteran, attributed his transition success to the time he spent networking with individuals at companies he was researching.

“I treated it like a second job (and took time) to learn about the industries and companies that I was interested in,” Burke said. “And I got very personal in it. I tried to establish a network of people (at those companies).”

Many veterans told us that after they landed their first post-military job, they were advised to hang on to that job like it was their life raft for the next 40 years.

And while it’s true that you don’t want to hop from job to job, it’s important realize that you aren’t chained to any one job forever.

“If the first thing you do, coming out of the military, doesn’t work out, that doesn’t make you a quitter,” Pitts said.

Roughly 44% of veterans leave their first civilian job within a year of employment, according to Hiring Our Heroes’ Veteran Employment Survey: Understanding the Challenges and Creating Long-Term Opportunities for Veteran Employees. Although the reasons for leaving their job varied, 31% indicated that they accepted their first job to make ends meet and never intended to stay. Another 30% left as a result of finding a better job, while 19% left because the job did not align with their expectations.

These survey results illustrate the importance of planning for your transition. With comprehensive preparation, you are more likely to connect with the right job for you at this critical moment in your career.

Then once you’ve succeeded at your transition, you will be ready to pay it forward by offering smart advice to other service members when it’s their turn to take off the uniform and put on a tie.

Or at least you’ll know better than to say, “You’ll have no problem getting hired.”

Make a plan for your transition out of the military by planning to attend an upcoming Hiring Our Heroes Career Summit. Visit HiringOurHeroes.org/events to find a hiring event at a military installation near you. 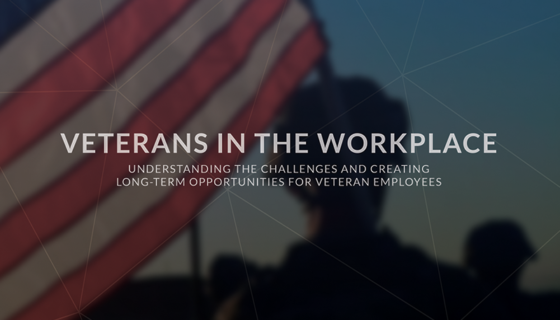 April 18, 2019
5 KonMari-Inspired Tips to Help Your LinkedIn Profile Spark Joy for Yourself and Job Recruiters

Between Marie Kondo’s best-selling book and her popular Netflix series, it seems like everyone is tidying up