Some choose entrepreneurship out of passion; others choose it out of necessity.

Hiring Our Heroes and Burning Glass, with support from Grow with Google and Google.org conducted a mixed methods study of barriers to and opportunities for military spouse employment. This project, “Examining Entrepreneurship, Remote Work, and Upskilling as Drivers of Economic Success for Military Spouses,” focused on the current challenges to full-time employment and entrepreneurship faced by military spouses, and opportunities for economic mobility based on qualitative and quantitative data.

We embarked on this research hoping to identify employment barriers and provide actionable findings where caring stakeholders could help empower military spouses in their entrepreneurial endeavors. Here’s what we found.

About 1 in 4 Military Spouses Reported Being Self-Employed

A growing number of military spouses are pursuing self-employment and entrepreneurship because they believe the traditional labor market isn’t compatible with the military lifestyle.

About 1 in 4 military spouses surveyed report that they either currently or previously owned their own businesses or have been self-employed. This subset of the sample – 360 military spouses who currently or previously owned a business – were asked a series of questions about their experiences. Most have pursued freelancing or independent contracting (61%), another 45% have owned small businesses without employees, and 28% were independent distributors/multi-level marketers (e.g., Stella & Dot, LuLaRoe). About 1 in 10 (11%) had small businesses with employees.

According to this research, military spouses who start their own businesses or become self-employed do so primarily for either flexibility or because they feel unable to find a more traditional job. When asked to choose among four possible reasons for starting their own businesses, 37% point to the need for more flexibility in their work schedules; followed by 28% who say they have trouble finding a job suitable to their interests or skills, 17% want to earn more money, and 13% have an idea or product that they want to turn into a business.

For those military spouses who have previously owned a business or have been self-employed, but are no longer self-employed, the majority said they were unable to continue their business due to a PCS (Permanent Change of Station).

According to our research, initial investments in their businesses were modest: most were below $1,000. The overwhelming majority rely on personal savings to fund their businesses followed distantly by credit card debt.

Fewer than 6% of military spouses say they relied on loans to start their businesses, even though they are eligible for Small Business Administration loans and other funding opportunities that do not involve personal savings.

A Need for Role Models

Along with a need for transparency regarding business funding opportunities, the white paper also recommends showcasing a range of military spouse entrepreneurs as role models. This includes military spouse freelancers and independent contractors who may not think of themselves as entrepreneurs.

Entrepreneurship is one career journey that provides military spouses with an opportunity to financially contribute to their households. The Military Spouse Career Journey Roadmap, which was created based on this research, provides tools and resources to guide military spouses interested in pursuing self-employment and entrepreneurship. April 9, 2019
Volunteering Is Good for Your Mental Health

Volunteering isn’t just good for those you’re helping. It can be a great tool for increasing your 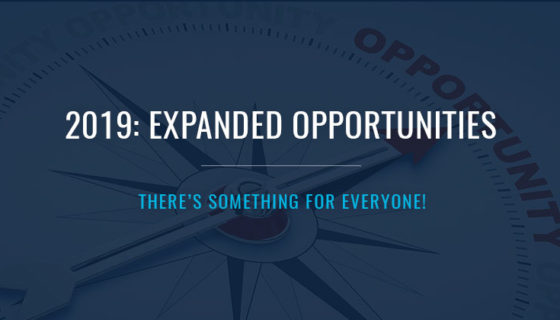 Answering that question, “What do you do?” can be especially hard for transitioning service members.